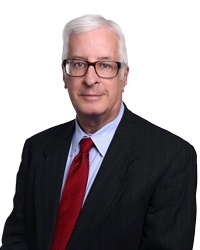 Robert N. Sodikoff is Co-Chair of the Real Estate Group at Aronberg Goldgehn. He has a broad-based practice with a particular focus on corporate and real estate law matters. He represents banks and corporate borrowers in connection with asset-based and real estate financing, including the negotiation and preparation of loan documents. Bob has served as lender's counsel in various real estate based financing transactions, representing aggregate borrowing in excess of $1 billion. He has also represented borrowers in connection with purchase money financing and refinancing transactions.

Also, as part of his broad-based practice, Bob represents management in collective bargaining, union grievances, and Title VII and employment litigation. He also has negotiated numerous severance agreements and employment contracts, including agreements not to compete. Additionally, he has counseled medical corporations in HIPAA, employment and buy-sell arrangements.

Bob has taught courses on the Uniform Commercial Code and on Introduction to Law. He has also authored:

Bob joined Aronberg Goldgehn in June 1973. He holds the AV® Peer Review Rating from Martindale-Hubbell, its highest rating for ethics and legal ability. Also among his accolades, since 2004 Bob has been recognized annually as a Leading Lawyer in Banking & Financial Institutions Law and Closely & Privately Held Business Law by Illinois Leading Lawyers. Since 2006, he has been named a Super Lawyer in Real Estate and Closely Held Business Law by Illinois Super Lawyers.

Active in the community of Burr Ridge, Bob has served in several capacities and leadership positions.