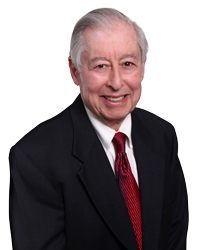 Mitchell S. Goldgehn has been actively engaged in the practice of law for more than four decades, representing clients in state and federal trial and appellate courts across the United States. He focuses his practice in the areas of litigation, insurance defense and insurance coverage.

Mitch has counseled liability insurers in resolving complex coverage problems, and has been active at all stages of the claims resolution and coverage litigation process. He regularly advises in the drafting of reservation of rights letters, non-waiver agreements and other similar documents, and provides counsel with respect to the interrelationships between various layers of coverage and various policy periods of those policies that are arguably triggered by a given loss. He has a wealth of experience with declaratory judgment, breach of contract and "bad faith" actions, and has provided claims supervisory and handling services in a number of jurisdictions. In addition, Mitch has acted as a supervising and coordinating counsel in a number of mass tort litigation matters, including breast implant, polybutylene pipe and lead paint coverage cases.

Mitch has presented oral arguments before the Illinois Appellate Court, the Illinois Supreme Court and the U.S. Court of Appeals for the Seventh Circuit. His experience in coverage analysis and litigation includes claims and issues of national scope and significance.

Since 2004, he has been recognized as a Leading Lawyer in Commercial Litigation by Leading Lawyers Magazine, a designation awarded to less than 5 percent of Illinois attorneys.

What is your favorite thing about working at Aronberg Goldgehn? Working with highly competent and skilled partners, associates and support staff in a unique, warm culture that makes you enjoy coming to work each day, irrespective of your daily pressures.
What is the best vacation you’ve ever been on? Touring Europe with my wife by car and ferry.