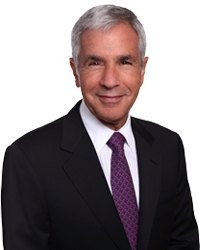 Mitch Melamed represents and counsels entrepreneurs and businesses in the acquisition and sale of businesses and business assets. He also advises clients in estate planning matters, wealth management and asset protection.

In addition, Mitch is recognized as a leader in the representation of self-funded health plans, wealth managers, physicians and physician groups. He devotes a substantial part of his practice to representing third party administrators, consultants, self-funded health benefit plans, managed group underwriters, physicians, and medical and dental practices. Mitch is nationally known for his ability to save millions of dollars for his subrogation clients.

Mitch joined Aronberg Goldgehn in August 1999. He is one of the founders of  the international lawyers’ network, Legal Netlink Alliance (www.legalnetlink.net), and acts as one of Aronberg Goldgehn's representative to the network.

Among his many accolades, Mitch holds the AV® Peer Review Rating from Martindale-Hubbell, its highest rating for ethics and legal ability. Since 2007, he has been recognized annually as a Leading Lawyer in Closely & Privately Held Business Law by Illinois Leading Lawyers. Also, he was named a "Top Lawyer in Illinois" for the Suburban Business Lawyer Division by The Business Ledger in 2008-2013.

Dedicated to community service, Mitch holds or has held leadership roles with the Salvation Army Adult Rehabilitation Centers in Chicago and the University of Illinois College of Law Board of Visitors (now Deans Advisory Board). He has served on the Salvation Army Adult Rehabilitation and Harbor Light boards for many years, in addition to representing them in their varied legal needs. His dedication to his clients shows when he and his family serve meals to the less fortunate at Thanksgiving and Christmas.