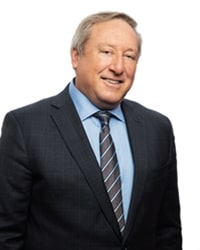 As an experienced and successful trial attorney who has tried cases in state and federal courts across the country, Gary strives to reach favorable resolutions without the necessity of trial when possible. However, when necessary, Gary aggressively pursues all aspects of litigation and appeals, regularly receiving successful and desired results for his clients.

Gary is also a court approved mediator in the Circuit Court of Cook County, Illinois.

He earned his J.D., with honors, from the John Marshall Law School where he later served as an adjunct professor teaching lawyering skills and legal writing.

He has been recognized as a Super Lawyer in Business & Corporate Law and a Leading Lawyer in both Civil Appellate Law and Commercial Litigation.