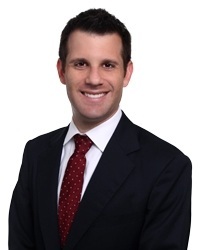 Benjamin is a business litigation attorney who assists small- and medium-sized companies realize practical solutions to business disputes involving contracts, shareholders/members, employees, trademarks and other similar instances of alleged wrongdoing. He works closely with his clients to explore resolutions with the aim of avoiding or minimizing litigation costs while maximizing the client’s return.

A skilled litigator, Benjamin has successfully represented his clients’ interests in a broad range of complex litigation in state and federal courts as well as private arbitrations centers in shareholder rights, contract disputes, trade secrets, restrictive covenants and other business torts. He has also litigated cases involving the Uniform Commercial Code, ERISA and the Lanham Act.

Benjamin is directly involved in all phases of civil litigation, including the initial investigation, pleadings, discovery, dispositive motions and trials. He is also an accomplished appellate lawyer having drafted and argued a number of successful appeals in the Illinois Appellate Courts.

Ben is also the author of  "The Disappearance of the Requirement That the Internal Revenue Service Exhaust All Reasonable Collection Efforts Against the Primary Obligor," published in the Federal Taxation newsletter of the Illinois State Bar Association's Section on Federal Taxation, Vol. 63 No. 1, September 2016.

Since 2017, Ben has been recognized annually as an Emerging Lawyer in Commercial Litigation by Illinois Leading Lawyers. Additionally, since 2018, he has been named a Rising Star by Illinois Super Lawyers.

While a law student, he was a member of the Vis Moot Court team that competed against international law students in Hong Kong and was an editor for the International Law Review.

Ben is a member of the Executive Board of Legal Aid Chicago’s Ambassadors Board, which supports the mission and programs of Legal Aid Chicago by helping to raise the resources needed to make equal justice a reality for the most vulnerable people in the community. He was the co-chair of the Outreach Committee from 2017 through 2019, and is currently a co-chair of Member Engagement.

In his spare time, Ben enjoys going on runs with his Border Collie, exploring Chicago’s always expanding list of restaurants and breweries with his wife, traveling abroad, and cheering for Boston sports teams.

What would you be doing if you weren’t a lawyer? I would be in marketing and think of the next great advertising scheme for a domestic beer company.
What is the best vacation you’ve ever been on? I went to Colombia on my honeymoon, dividing the time between the Caribbean city of Cartagena, a coffee plantation in Manizales and Medellin.
What is your favorite restaurant? Schwa, in Wicker Park. It combines exceptional food with a unique atmosphere that is always fun.