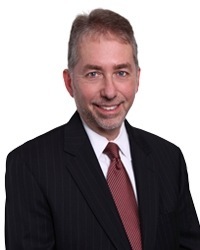 He has extensive experience in banking, insurance, real estate, employment, viaticals and life settlements, as well as corporate matters, including ownership and management disputes - often described as "business divorce."

In the course of his practice, Nate has represented a broad range of corporate and commercial clients, including financial institutions, title insurance companies, advertising agencies, viatical and life settlement providers and brokers, and companies in the manufacturing and service industries. He has tried cases throughout the United States in state and federal courts, has argued cases before state and federal appellate courts, and has represented numerous clients in domestic and international arbitration hearings.

Nate joined Aronberg Goldgehn as a member in August 1983.

He holds the AV® Peer Review Rating from Martindale-Hubbell, its highest rating for ethics and legal ability. Also among his accolades, since 2010 he has been recognized annually as a Leading Lawyer in Commercial Litigation by Illinois Leading Lawyers. He was also named a Super Lawyer in Business Litigation by Illinois Super Lawyers, a designation awarded by peers to only 5 percent of Illinois attorneys.

Nate has lectured before professional groups on a variety of topics, including employment law matters, arbitration, mediation and legal ethics. Recently, he presented:

When he's not representing clients, or keeping up with the demands of his book club, Nate is likely to be traveling or enjoying the company of his grandchildren.

What is your favorite thing about working at Aronberg Goldgehn? What makes the firm a great place to practice law is the collegiality among the partners and associates. We work together to develop creative and cost-effective approaches and solutions to our clients’ issues. After 35 years, I still look forward to coming to work every day.
What would you be doing if you weren’t a lawyer? If I wasn’t practicing law, I’d be teaching.