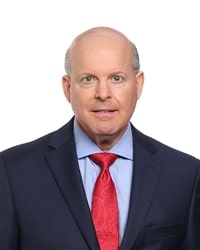 John C. Sciaccotta has nearly 35 years of trial and litigation experience advocating for clients in complex civil litigation, arbitration, mediation and business counseling matters with a special emphasis on complex civil trial and appellate cases brought in federal and state courts and tribunals throughout the United States.

In addition, John has been appointed as a Neutral Arbitrator and Mediator for many years to resolve and arbitrate business related disputes.

What is the best vacation you’ve ever been on?

To Italy, Paris, Venice and London.
What is your favorite restaurant? Bella Notte, Chicago.
What is something most people don’t know about you? Someday, I would enjoy teaching high school Business Law and coaching high school baseball.