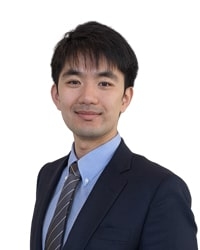 Matthew is a rising second-year law student at Northwestern Pritzker School of Law where his volunteer activities include the pro bono clinic Legal Aid Chicago and Asian Law Alliance pro bono immigration clinic. He also advised and negotiated for a group of Chinese investors in an exit deal with a Texas start-up.

Prior to law school, he worked as a paralegal at a local Chicago law firm, Wang Leonard Condon & Seyfried, LLP, where he assisted with uncontested divorces, the representation of six Chinese families in their wrongful death lawsuits related to an aviation disaster in Ethiopia in 2019, and a wide range of family-based immigrant petitions, including I-601 waivers. As a bilingual in Mandarin Chinese and English, he also worked as a translator and an interpreter for most of the firm’s practice areas, including immigration petitions, asylum interviews, and client communications.

Matthew holds an M.A. from New York University and a B.A. from University of Chicago, with his pre-law coursework focusing primarily on political theory.

Matthew is fluent in Mandarin and Shanghainese dialect and has reading proficiency in Latin.

In his free time, aside from exploring myriads of culinary cultures with his fiancée, he enjoys cooking, working out, skiing, running, cycling, and travelling.

Matthew is not admitted to the practice of law in any jurisdiction.

What is one item on your bucket list? Bike-camping the full Trans-American Cycling Trail, 4200 miles.

What would you be doing if you weren’t becoming a lawyer? Lawyering is my dream job. However, if I have to choose an alternative, I would shoot for academia.

What is your favorite place in Chicago? Lake Front Trail.

What is the best vacation you’ve ever been on? A ten-day ski trip on the Canadian “Powder High Way.” We skied at, among others, Whistler, Revelstoke, Kickinghorse, Lake Louise, and Sunshine Village.

What is your favorite restaurant? If I have to pick one in Chicago, I would go with Ramen Wasabi. Tzuco is a recent discovery and my monthly favorite.