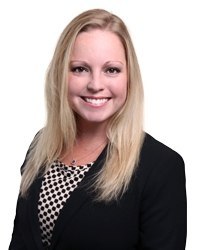 She is engaged in all aspects of the practice, including preparing prenuptial agreements, litigation from opening petition through trials, settlement negotiations and appeals.

Julie speaks and writes on a variety of topics relating to divorce, family law and domestic violence. With a unique combination of advocacy and legal experience, she also frequently participates in cross-discipline events.

Julie joined the firm in July 2009 and was named a member of Aronberg Goldgehn in January 2017. She brought a decade of experience, both from her prior career as an advocate and counselor for survivors of domestic violence, and as a practicing attorney.

In May 2017, Julie received the Alta May Hulet Award from the Chicago Bar Association Alliance for Women. In honor of the first licensed female attorney, the award honors one outstanding woman lawyer annually for significant contributions to the advancement of women in the legal profession and whose career exemplifies the highest level of professional achievement, ethics and excellence.

While a law student, Julie received a Presidential Commendation from the Illinois State Bar Association for her work securing unanimous Assembly support in favor of pro bono reporting, which influenced the addition of Illinois Supreme Court Rule 756(f). That same year, Julie was selected by the Women’s Bar Foundation to receive their Public Interest Scholarship, an award granted to only two law students in the state that year. Upon graduation, Julie received the National Association of Women Lawyers Outstanding Woman Law Graduate Award.